Live action Incinerator in The Mandalorian 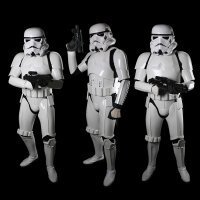 As an approved The Force Unleashed Incinerator trooper, I must do this version as well! I can not wait to figure out all the details for this kit!!!

Costume Update:   After discussion with the Spec Ops DL, they will not be pursuing this costumes as they are working on other CRL's. If you intend to build this and become the CRL model

Just my opinion.   The armor changed in these films because of production reasons, not intentional timeline reasons.   Not to mention that most people are not as concerned with con