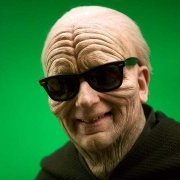 Hey folks, Just letting all and sundry know that I've had my forum handle changed from 'markgambino' (so formal!) to MightyAtom - a nickname from a long time ago in a galaxy far, far away.

I've been glueing snap plates to the chest plate and back plate over the last few days. I think they've turned out ok, but the test will come with fitting.

A recent Amazon purchase arrived today, so now I have something to read while I wait for the ABS paste to melt. Sent from my Imperial Communicator