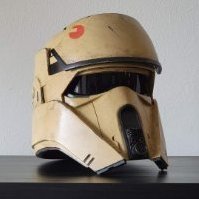 By Tanz,
October 25 in Other Non-Approved Star Wars Costumes