Help Needed: TK FX armor build want to get wearable by May 17 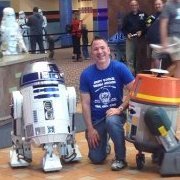 Here’s a thread worth checking out - and welcome back

As were yours  (just wanted to clarify for him)

Thanks for this!  I have it bookmarked.  I am trying to work to EIB guidelines from start.  But I will be happy just to meet my goal of wearable armor by May 17th.