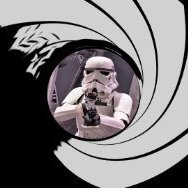 So I kitted up and boy do I still have some work to do. I posted in the pre approval forum to see what needs to be done and if I can pass at least for basic           Th

Hey Guys,   Well I did my first "troop" at Celebration and it was a blast!! I had such an amazing time and met many great people from the 501st. It was awesome to walk around in my armor, bu 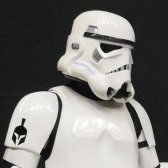 Great !! That's exactly.   What I would do is to trim the lower section return edge a little more as below.        Littel return edge References