What have I gotten myself into? 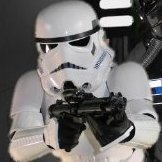 Many don't heat the armor before drilling, if you go slow and not too much pressure you should be fine drilling the holes, having a support piece of plastic glued behind can help stop cracking.

You don't have to use metal brackets although they are screen accurate, you can actually use snaps and elastic all around.   If you do use them the bracket screws can split the plastic