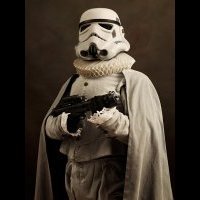 By LordSunder,
February 1, 2019 in Electronics for Helmets / Blasters