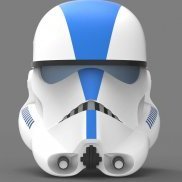 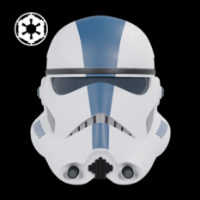 I got 2nd place in Azzatru's Top 5 mods of the week. I made sure in the comments to again remind people of the great guys here that provided the helmet.

It's been a while and my skills with Blender got better and tinkered with the helmets again. Still a WIP.