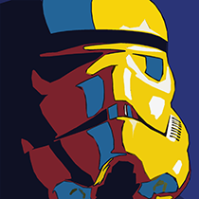 The wife has imposed a build-ban until after Christmas.  Something about spending attentive and quality time with family or whatever - I really wasn't listening that carefully as I just downloaded Tro

Ok Daniel, Since I couldn't post my school troop video, I put together a video compilation of trooper action shots.  Prepare yourself for 3 minutes of heart-pounding thrills as I put my armour th

Well, EIB application posted!    Anyway, I want to thank everyone for their input - either directly or just by posting their own builds.  I can't begin to list all the people that helped but