By JonnieBear
August 22, 2017 in TFA Stormtrooper 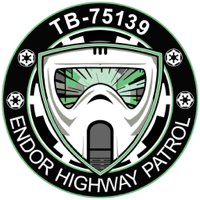 So basically if you order now, it’ll be easier to transfer it to your kid because you’ll probably be too old once it ships Sent from my iPhone using Tapatalk

Forgot to say that my red pauldron and FOTK kit came last week, minus the gaskets and the lid.

@Krisko720, ANOVOS' old business model served them well at the time. They did Star Trek and Battlestar Galactica stuff for a fairly small clientele, those being much more niche properties. They would